This #GivingTuesday, Give With Action

When firefighter Patrick Connors decided to start collecting phones for Cell Phones For Soldiers through the Randolph Fire Department in Randolph, Massachusetts, his fellow firefighters and many other town workers rallied for the cause.

More than 14 years—almost as long as Cell Phones For Soldiers has existed—and more than 7,600 donated mobile devices later, the Randolph Firefighters Local 1268 continues to collect unwanted cell phones in an unassuming box at the department’s central station.

“Everyone knows what that box is for,” Patrick said. “It’s nice to know that with 60 people on the department, who have 60 different opinions about everything in the world, everybody is still on board with the program’s mission and what it accomplishes.”

In 2005, Patrick read a Boston Globe story about Brittany and Robbie Bergquist founding Cell Phones For Soldiers as a way to eliminate communication costs for military troops deployed in the war on terror. Servicemen and women, along with their families, were sharing the impact receiving Cell Phones For Soldiers calling cards had on them—saving them from astronomical international cell phone bills, raising morale, and letting them hear the voices of their loved ones.

“I found those messages inspiring. It showed the hardships that some of these families face during deployments. People were struggling already and the stress of having a loved one at war is a lot to deal with,” Patrick said. “It was something so simple, helping our troops call home. How could we not do this?”

The Bergquist siblings, who were just in middle school at the time, happened to live a few towns away from Randolph, so there was a local connection. Patrick spread the word.

“It was a time when a lot of people were getting new cell phones and taking advantage of new technology. A lot of the guys had a lot of old phones they didn’t need anymore,” Patrick said. “So, we reached out to the police department, the department of public works, and the school department, and soon we were getting tons of old phones. The shipping process was so easy. We just became known as the place to drop off your phone.”

We are sharing the Randolph Firefighters’ story on #GivingTuesday because their work demonstrates our mission perfectly: With the help of dedicated supporters at donation sites everywhere, we have been able to recycle more than 20 million mobile devices and provide more than 350 million minutes of free talk time to our troops.

In 2012, our mission expanded to include a program called Helping Heroes Home, through which we are able to provide one-time, emergency grants to veterans in need. The people and organizations who help us collect phones and other mobile devices have helped us help more than 4,000 veterans.

So, on this #GivingTuesday, we ask that you set up a donation site or drive at your office, store, organization, place of worship, school, or event, and help us continue to serve those who serve our country! Establishing a donation site is a valuable community service and can help increase foot traffic to small businesses, and a limited-time collection drive is a great addition to community or school events. Getting started is easy. Simply visit our Volunteer Opportunities page to get involved.

Cell Phones For Soldiers is a 501(c)(3) nonprofit organization.

This #GivingTuesday, Give With Action 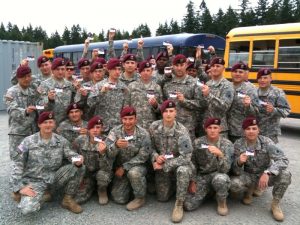 Cell Phones For Soldiers reaches a milestone on April 12, 2019, as we celebrate our 15th anniversary! A lot has happened since the morning in 2004 when co-founders Brittany and 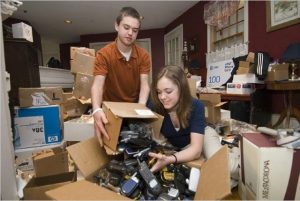 The Evolution Of Our Movement To Help America’s Bravest

Our name, Cell Phones For Soldiers, reflects our origins nearly 15 years ago and our evolution since: In April 2004, siblings Brittany and Rob Bergquist, then in middle school, founded 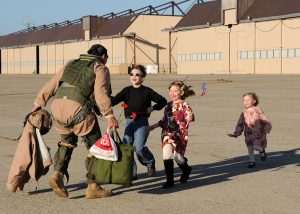 Never Too Early To “Be The Change”: Why We Love Our Young Supporters

Brittany and Rob Bergquist were only 13 and 12 years old when they started Cell Phones For Soldiers. They saw a need—learning in 2004 about a serviceman in Iraq who’d